I have been racing sidecars since 1986 and have concentrated on the F350 class based upon the TZ350 engine which were part of the original F2 class specification prior to the newer F600 based four strokes.

I started by marshalling for the Classic Motorcycle Racing Club for a number of years and after a while wanted to start racing to have a go. I started with Laura Ashley, my wife, with a very old Windle classic chassis, complete with Mini type suspension and we carried on for a number of years with our TZ350.

After having a crash at Keevil, Laura became team manager and I continued to passenger with a new driver, and we had a lot of good races until a series of crashes put paid to that team and I then considered driving!

I teamed up with Ian Dagg to start our new team with new engines and we had some issues with reliability which took us a year to sort out, with many trips to Mallory but with good advice from Brian Dunn we ended up with a reliable machine that allowed us to work on our racing technique rather than our pushing technique!

Our highest placing was a third in the 2003 FSRA sponsored F350 championship.

Unfortnately we had a crank shaft failure at the 2005 Festival Of Sidecars when I broke my right collar bone in 4 places, which took me out of racing for the 2006/7 season, due to two operations to sort out the problem. Ian and I returned to racing in 2008, but the ongoing collar bone problem caused us to cut short the season with some more surgury. 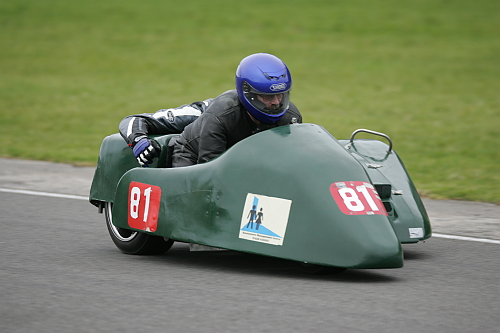 John warming up at Cadwell Park 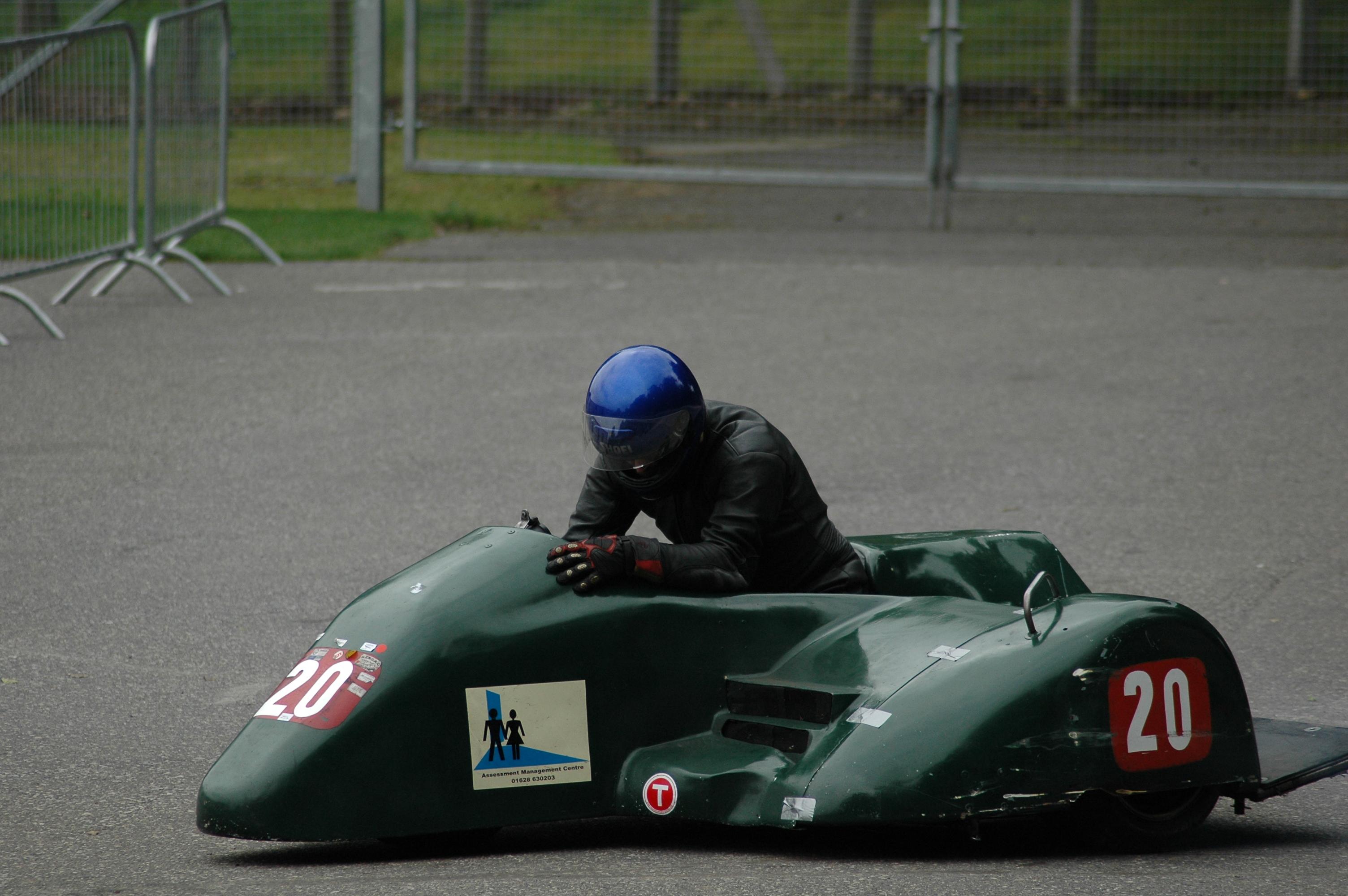 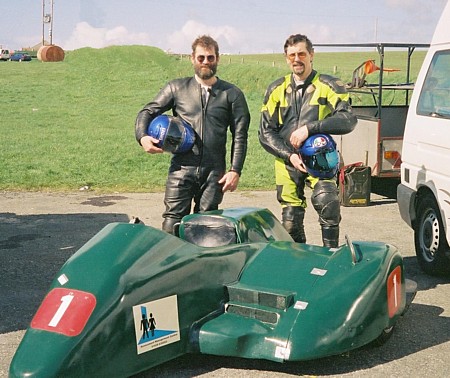